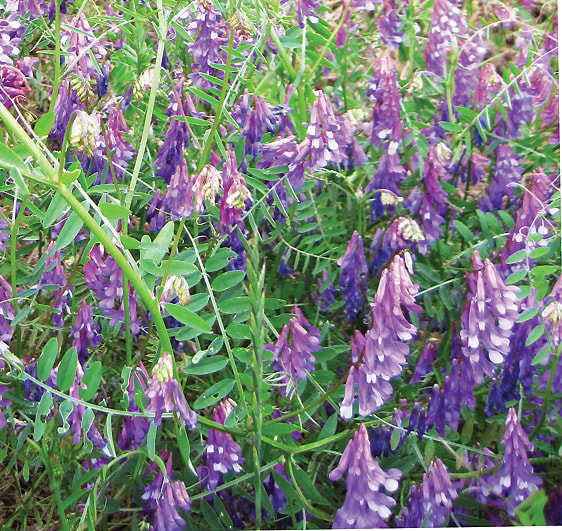 Easy and effective cover crop for vegetable gardens. The fastest spring planting I have ever done was in beds with a winter cover of vetch-- half an hour to pull the vetch, pile it aside to dry, and plant a double row of tomatoes. I came back a few days later and mulched the tomatoes with the dry vetch. Produces both a good amount of nitrogen in the soil and tall enough top growth to shade out most weeds. Easily cut or pulled in spring when you want to plant. Nitrogen-rich addition to the compost pile. Chickens like it and it makes a nutritious hay. Excellent bee plant for spring. Good temporary ground cover for areas that will be used for something else later. Also used as a nitrogen-fixing living mulch under tall crops like sunflowers.

Vetch should be planted in late summer to early fall, while days are still warm. You can scratch it in beneath taller crops like tomatoes, or broadcast it and then cover with mulch.