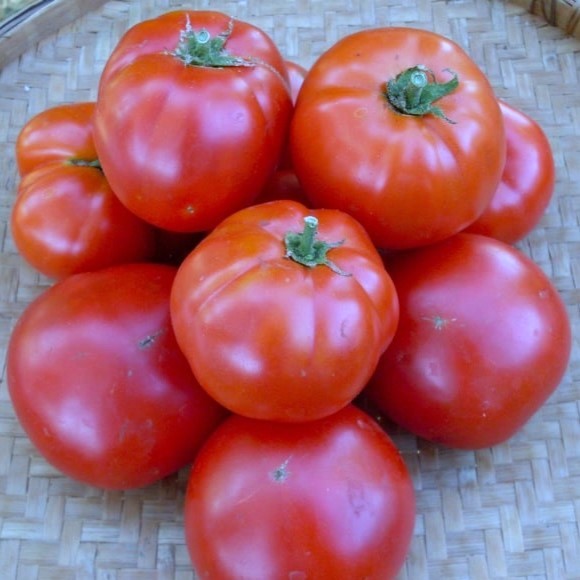 Developed for the Pacific Northwest, but gets raves from coast to coast, even in the humid Southeast. Heavy yields of big, juicy red slicers weighing up to 10 oz. Easy to grow, even in less than optimum growing conditions. It has a key trait for a cool-weather tomato--it's parthenocarpic, meaning it can set fruit without pollination. (Early parthenocarpic fruit will be seedless.) Verticillium and Fusarium wilt resistant, and well-proven in organic production. Developed by the great public domain plant breeder Jim Baggett as a bigger, earlier, and more flavorful replacement for his tomato Oregon Spring, and named after a major Oregon river.

Earliness has always been a plus, but with the climate so unpredictable, early tomatoes are more important than ever. Siletz is one of the all-time great early tomatoes. This is the first time we've listed a fully determinate slicer, after hearing about people's success in growing these in 3-gallon pots or growbags. The small plant size and pot allows you to bring them inside if frost threatens, allowing you to put them out earlier than would otherwise be prudent. Ready in only 60-65 days, for your first tomato succession of the season. Plan on following it with a later tomato unless you live in a very cold zone. 25 seeds