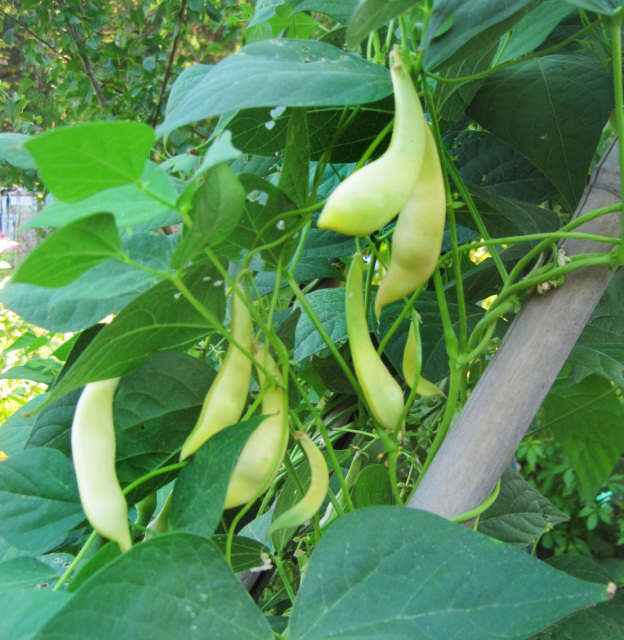 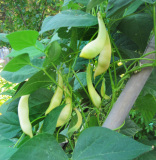 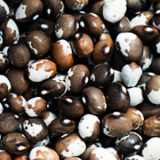 A true heirloom, passed from gardener to gardener for generations because of its fabulous flavor. When I grew these last year alongside several other Romanos, there was no comparison. The flat, yellow, pods have that rich, creamy Romano flavor and non-fibrous texture I'd been searching for. Tender even when the beans were well-formed inside, (though strings will form if you let them go that long). My favorite snap bean, and also my favorite dry bean.

Allowed to mature, the dried beans are round and marked in brown and white, which gives them their name of Monachine--"little nuns". They are fantastic as well--many people's favorite dry bean. So next year, I'm going to have one row to keep picked for snap beans, and another for drying. The vines are more vigorous than other Romanos I've grown, and bear prolifically.

From the Seattle garden of Angelo Pellegrini, who came to the US as a poor immigrant and became a professor of English Literature at the University of Washington. He was the author of several wonderful books on gardening and eating well. He published the first recipe for pesto in the US (in 1946) and is widely considered the father of the local foods movement. He thought this the best-tasting bean of all, and grew it every year. It was saved from extinction when his son gave 11 seeds to the Herbfarm restaurant, who grew and increased it. Originally brought from Italy by the Mondavi family. Grown for us by Krista Rome. 40 seeds